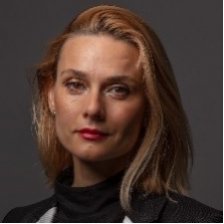 Ioana Surpateanu is Co-Head of European Government Affairs in Citi’s government affairs team for Europe, Middle East and Africa. She is in charge of designing and implementing the team’s strategy on Innovation and leads EU-level policy and regulatory engagement on technology with a focus on distributed ledger technologies (DLT) /digital assets and artificial intelligence (AI). She is also supporting Citi’s markets infrastructure investments team in their blockchain-related projects. She holds leadership roles in the American Chamber of Commerce to the European Union.

Ioana joined Citi in 2017, from the European Parliament. Prior to joining Citi, she was Senior Political Adviser responsible for the Working Group on Budget and Structural Policies in the Cabinet of the Vice-Chairman of the European People’s Party (EPP) Group in the European Parliament. She was in charge of parliamentary work related to the EU budget, Digital Agenda, and Research & Innovation. Before joining the European Parliament, she worked as a Communication specialist for the political and economic departments of the Israeli Embassy in Bucharest. Her professional portfolio includes collaborations with various companies from Europe and the Middle East. Ioana received two Master’s degrees from the University of Bucharest and the University of Tel Aviv. She speaks five languages (RO, EN, FR, ES, HE).