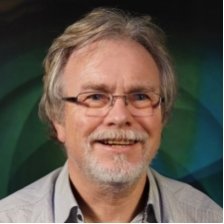 Dr. Klaus Schaaf has just retired from Volkswagen AG where he was in different fields for more than 30 years, mostly in research areas and promoting edge technologies. Most recently Klaus was
responsible in Volkswagen Group Digitalization for providing the necessary tools for Mobility‐as‐a‐Service (MaaS) with regard to autonomous vehicles, including Software‐over‐the‐Air (OTA) and application of Distributed Ledger Technologies to the automotive world.

Now Klaus has joined MOBI to build up their European Leg to strengthen Blockchain for Mobility. During the early 2000’s Klaus built up the Volkswagen Electronics Research Lab (ERL) in California as Research Director. There he scouted for new technologies which eventually found their way into cars. Together with Stanford University, the ERL built Stanley, the autonomous car which won the Darpa Great Challenge in 2005.

Later Klaus was Director of “Wireless Wolfsburg”, the first public City‐Wifi in Germany where a lot of new applications for automobiles were tested. Wireless Wolfsburg later became part of one of the e-mobility test fields in Germany and of BIG IoT, a European project to enable IoT ecosystems. Klaus holds a diploma degree and a Ph.D. in Physics from Göttingen University, Germany.