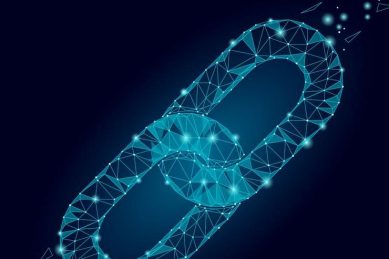 How governments are implementing blockchain?

Blockchain, which is well-known as the foundation for cryptocurrencies, is being used in several industries for various operations today. The use of blockchain is not just limited to business operations, but also in government functioning as many governments around the world are actually exploring ways to experiment with the distributed ledger technology, such as in the matter of state affairs.

Government-imposed laws and regulations significantly influence the success of a blockchain business model. In fact, many countries like the UK, France, India and China have either banned cryptocurrencies or are introducing strict crypto regulations though they recognise the technology’s benefits for government applications. However, there are other governments in the world that are actually using blockchain to improve public services and create new businesses. Let us have a quick look at how blockchain is being regulated across the world.

Belarus created the world’s first regulatory framework for the blockchain industry. In 2017, the Belarusian president signed an ordinance regarding blockchain and cryptocurrency-related innovations centred within the country’s Hi-Tech Park (HTP), which is also known as the Belarusian ‘Silicon Valley’.

According to the bill, which is called the ‘Digital Economy Development Ordinance’, the HTP is a distinctive area that has special tax and legal regime for businesses dealing in blockchain and cryptocurrencies. There is no restriction for the residing companies to issue, store, or trade digital tokens. Moreover, blockchain-focused companies that are members of the HTP have got a tax break until 2023. The blockchain law, which was further imposed by the government in 2018, aimed at tackling terrorism financing, money laundering, and propagation of weapons of mass destruction by means of any blockchain-related activities.

In 2018, Malta – also known as the crypto-friendly island — introduced two blockchain-related regulations, namely the Malta Digital Innovation Authority Act (MDIA Act) and Innovative Technology Arrangement and Services Act (ITAS Act). The MDIA Act is centred on certifying blockchain and setting up standards for the industry and the ITAS Act focuses on establishing digital ledgers and regulating the entry of new blockchains.

Gibraltar is also one of the first in the world to adopt blockchain regulation, which has been applied to exchanges, wallet providers, and all other business models working on a distributed ledger technology (DLT). The DLT regulations in the country, which came into effect on January 1, 2018, provide nine main principles that every company working in the blockchain industry has to abide by.

DLT firms in the country are regulated under the Gibraltar Financial Services Commission.

The government of Estonia too was among the first adopters of blockchain technology. Reports suggest that the country’s government has been actively trying to develop sustainable blockchain-related solutions since 2008. But it was from 2012, when the government started to implement the technology in a number of activities, such as the national registry database across several sectors such as security, legislative, health, and the judiciary.

The government has also created a blockchain-based national identity management system, called ID-kaarts that is aimed at reducing bureaucratic red-tape and improve the timeliness and quality of government service delivery to Estonian citizens.

Dubai is expecting to have the first-ever blockchain-powered government by 2020.

Dubbed as the city of gold, Dubai is a major holiday destination visited by millions of tourists and visitors on an annual basis and because of this, nearly hundred million documents have to be processed that takes plenty of man-hours. Implementing blockchain for these tasks can save a lot of man-hours as well as government savings. When it comes to numbers, the government of Dubai could potentially save nearly $1.5 billion every year by making a move to a paperless transaction system hosted completely on the blockchain platform.

These are some of the examples showing how blockchain-based applications are being used by governments across the world. Though cryptocurrencies are subject of criticism and banned in few countries, others actually understand the potential of the technology and hence are part of many government operations globally.

What most fail to realise is that killer DApps are destined to own 70% of their market. Here’s why …