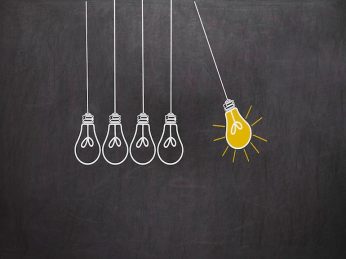 A Global Market Insights report even predicts that the smart electric metre market will surpass annual installations of 190 million units by 2024. [1]

Smart metres are seen as one of the biggest developments for the electricity grid due to the two-way communication and real-time monitoring technology that has transformed modern power grids and sustainable energy mix protocols. Even though smart metres offer the most energy-efficient and cost-effective means to manage an electrical grid, the personal data being collected in real-time is the issue of concern, as there is a possible risk of violation of users’ privacy.

Netanel Rubin, CEO of Israeli cyber security company, Vaultra, opines that the smart metre has critical access points and may be insecure out of many reasons. He says accessing consumer data would be easy if there is a privacy breach and someone gains control over a smart metre connection for conducting billing fraud.

Rubin adds: “On the utilities’ side, the smart metre may serve as an access point to a utility’s private network and hackers could potentially communicate with its most critical assets. If they shut down several hundreds of thousands of metres at the same time, the balance of demand and supply in the electricity grid could be severely jeopardised. For example, in Puerto Rico smart metres were hacked. They failed to record the electricity consumption correctly, and the utility lost $400 million by just getting hacked.”

Smart metre, like every other connected device (IoT) these days, is part of a discussion when it comes to cyber-security. However, the blockchain technology is there to safeguard smart metres against cyber-attacks. The underlying technology offers identification security via private-public encryption with key access, which according to the industry experts, has potential to take care of security-related issues.

As Christoph Jentzsch, co-Founder of blockchain start-up Slock.it, puts it: “Single points of failure can be avoided. When they are distributed, an attacker would have to hack each single device to obtain each single key. In addition, they talk to each other over this decentralised blockchain, which does not have a single point of failure, too, for shutting it down. That is why there is such a good fit between blockchain and smart meters.”

For example, the California-based cyber-security start-up Xage uses blockchain to securely link industrial machines from oil wells to smart metres and has successfully raised $16 million from investors, such as GE Ventures, as the American government is continuously working towards to reduce vulnerabilities to safeguard the energy sector. Such initiatives are creating a ripple effect throughout the smart electric metre market, which may tout for the adoption of the blockchain technology to offset major cyber-security issues. Major industrial names like Siemens, Schneider Electric, Rockwell Automation, etc., are putting efforts to curb security challenges that are looming over the smart electric metre industry.

Governments across the globe are now pondering over blockchain’s ability to improve the levels of efficiency, privacy, interoperability, and cyber-security across industries. In the due course, further regulatory focus to streamline current processes will definitely propel the demand for technology in the energy market.