Modex: Blockchain Beyond the Proof of Concept 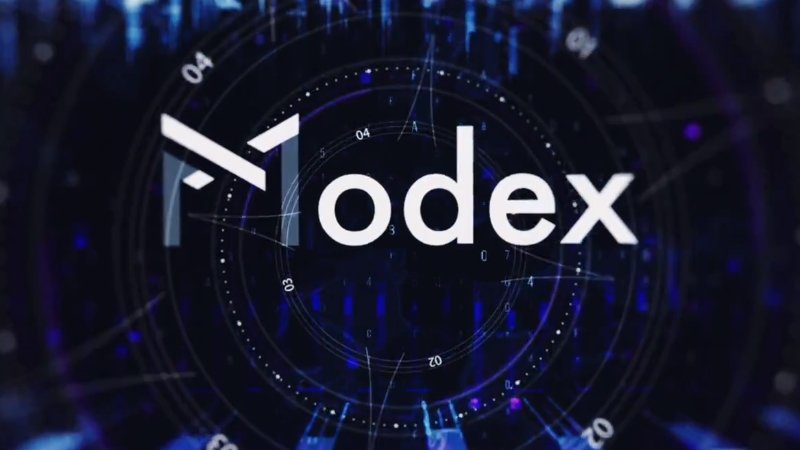 Modex: Blockchain Beyond the Proof of Concept: Mihai Ivascu is founder and CEO of Modex, a blockchain-enablement platform.

If you’re a CTO or CIO who has been paying attention to the development of blockchain technology, you are acutely aware that the vast majority of blockchain projects remain proofs of concept (POCs). If you subscribe to Occam’s razor – the principle that the simplest solution to a problem tends to be the best – then it’s clear that blockchain remains far too complex for widespread adoption.

This is especially true in Fintech. As the consulting firm McKinsey recently pointed out, “given the range of alternative payments solutions and the disincentives to investment by incumbents, the question is not whether blockchain technology can provide an alternative, but whether it needs to?”

We’re now at the point where Blockchain will either evolve to become an efficient business technology or die. If blockchain survives it needs to become a technology that can simply be integrated into existing enterprise-software systems. Integration is the single largest barrier to adoption.

So why haven’t blockchain developers and vendors made more progress?

It’s not because the blockchain integration is a particularly difficult problem to solve (it’s rather straightforward, actually). The problem isn’t technological; it’s cultural.

The Cultural Barriers to Blockchain Adoption

Right now, powerful, functional blockchain technologies can be integrated into existing enterprise architecture and databases. You don’t need a team of blockchain developers. You don’t need to rip and replace a damn thing. You simply need to work with a vendor who understands that blockchain can be and should be adopted incrementally, and that incremental enhancements can be highly valuable.

I know that’s not what you’ve been hearing. Here’s why.

First, the blockchain community at large hasn’t come around to the idea that blockchain can be and should be practical . . . even boring. Blockchain purists control the cultural narrative, and they are reluctant to give up on the idea of blockchain technology being anything less than the prime mover of a decentralized future.

I don’t take issue with visionaries. There’s always a place for thinking big; on the other hand, big thinking feeds hype, and – at least in the short term – hype sells. The sugar high never lasts long, but there’s money to be made during the hype cycle of any new tech.

That brings me to the second cultural barrier to blockchain adoption, and this should come as no surprise. Most vendors have adopted a business model that depends on complex, time consuming, custom deployments and the lucrative service contracts they attach to them. The blockchain purists aren’t necessarily to blame, but they’ve helped to normalize the idea that blockchain is incomprehensibly complex.

Enterprise companies across industries understand that blockchain technologies can solve a number of complicated issues related to security, auditibility, and more. As it stands very few can actually invest in blockchain solutions that cost millions of dollars and months worth of development time to implement.

We are at an inflection point. In the Gartner lexicon, Blockchain Technology has passed the “Peak of Inflated Expectations” and officially entered the “Trough of Disillusionment.” It’s time for Blockchain technology to get practical or die.

So what comes next? Similar inflection points in the history of technology adoption cycles are instructive in this regard.

The computing technologies that shape today’s global economy are the products of slow, deliberate, and co-dependent evolutions of computer engineering (hardware) and computer science (software).

Cloud computing is just one example. It’s hard to resist the idea that cloud computing was anything short of a revolution, but historical fiction is often more exciting and less complicated than historical fact.

Case and point: Walmart – one of the earliest major companies to “move over” to the cloud – maintained a dual infrastructure for some time. The move was incremental, which meant that the transition from “on-prem” to cloud-based infrastructure could be executed in a way that maximized the potential cost savings.

The lesson enshrined in this (now ancient) 2015 OpenStack case study – which details Walmart’s foray into cloud computing – is simple but easy to forget: enterprise software companies and their customers are best served by a hybridized, incremental approach to technology adoption. This has always been the most pragmatic way to evolve.

The same is true of software development. The transition from waterfall to agile development wasn’t a paradigm shift; it too was incremental.

Blockchain’s trajectory to adoption will proceed over the course of the next several years, even decades. In the near term, blockchain technology needs to become something enterprises can easily use where and when they need it.

Blockchain solutions can be and must be made compatible with existing solutions that enterprises have budget and staff committed to today. Implementation needs to be simple and straightforward, not complex and costly.

In making a similar argument about AI, Mark Hammond, the founder of Bonsai, argues that we need to “do as data databases did.” As Hammond explains, “databases gave you a high-level of abstraction with a server process that automated all that low level stuff so that you didn’t have to think about it. Instead, you could focus on the details that were pertinent to your business [. . .] Abstraction is the driving force behind technological progress. Developers have known this since time immemorial.” I couldn’t agree more.

Blockchain is in the same place AI was when Hammond penned his article in 2016. If we want to see widespread adoption we need to abstract away all the low-level details of blockchain. Once that happens the technology is going to quickly find its way into all the places where we hoped it would already be.

Thinking about blockchain as an abstraction layer may be less than satisfying to those who understand the raw power of this emerging technology. Oh well. Enterprises want business results, and – to be honest – they have a responsibility to take a careful, considered, and practical approach. Their customers – and their shareholders – depend on them to weigh the risks and rewards that both with adopting and failing to adopt a new technology as potentially powerful as blockchain.

More vendors and developers are beginning to wrap their heads around that fundamental truth, and, soon, I think we’ll see Blockchain solutions evolve beyond the POC. Blockchain will then go the way of other successful, useful technologies that address real business needs: it will recede into the background, becoming an essential part of the fabric of how things get done.

Make sure to register for your #BlockchainExpo North America 2019 tickets here.