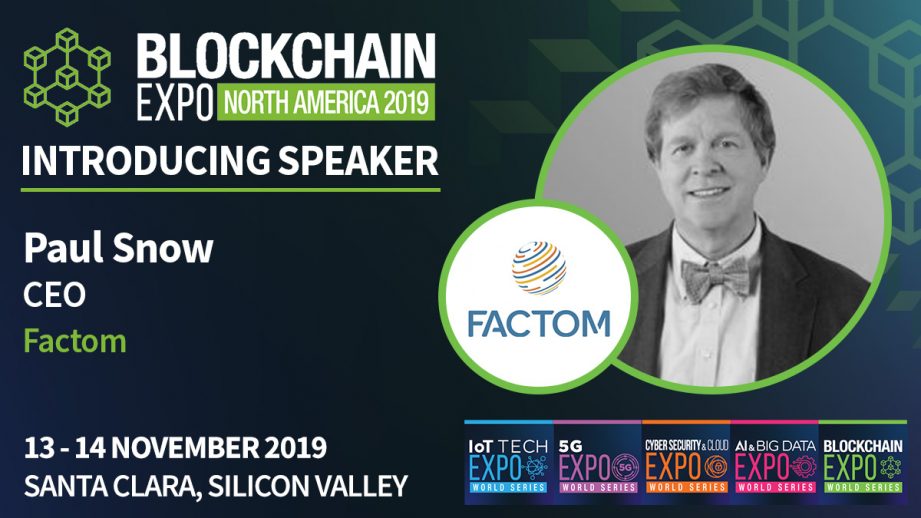 Could you define what your job role details and your day to day routine?

As CEO, there are a lot of day-to-day keeping the company running type of tasks. I usually split my time between engineering and architecting products to be built on the Factom protocol.

How is your organisation applying blockchain?

As a blockchain company, blockchain is woven into everything we do. Our open source Factom protocol underpins all of our blockchain products, including Harmony Connect and Harmony Integrate. These products make it quick and seamless to add blockchain capabilities into new or existing apps. We have a diverse array of verticals with mortgage, IoT, and healthcare, and we’re seeing new uses and adoption in each.

What were the biggest challenges in using this technology?

For us the biggest challenge is fighting the misperceptions about blockchain. The Factom® blockchain is unlike any other. The Factom blockchain is a decentralized publication protocol for building record systems that are immutable and independently verifiable. Unlike other public blockchains, Factom is built for enterprise data, whereas other blockchains are best known for recording financial transactions. The Factom blockchain was built to handle high transaction volumes quicker with the ability to scale, a predictable cost to write entries (not dependent on a fluctuating cryptocurrency price), with identity management built into the core code.

What can we expect from your team in the next 12 months?

Factom recently rolled out PegNet, a decentralized, non-custodial, fully auditable network of tokens pegged to different currencies. The PegNet, built on the Factom Protocol, allows conversion to pegged tokens that track a wide range of currencies, and allow the user to maintain their value in a large set of currencies and assets, and make payments in any of the other pegged currencies and assets without a third party. We expect growing interest in PegNet over the next few months as it becomes more widely used.

What are you most looking forward to at the show?

I’m most looking forward to the opportunity to connect with others making waves in the IoT space.

How Will Blockchain Technology Change Wine?

5 questions with David Ferguson, Head of Innovation at EDF Energy