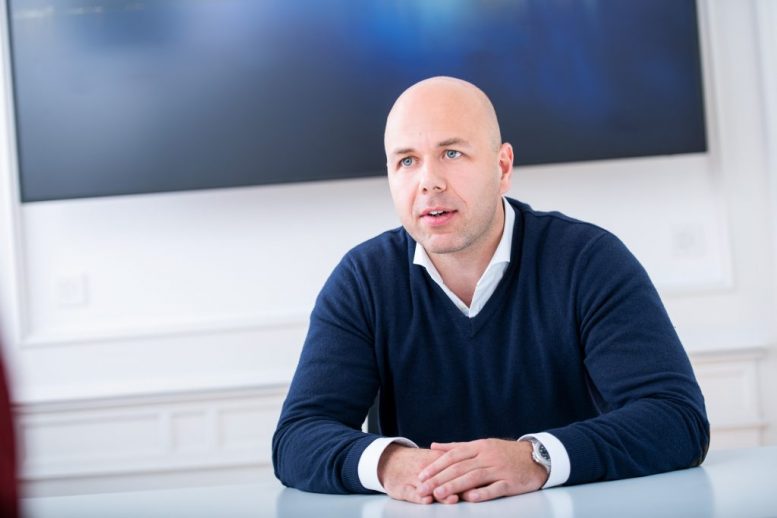 Switzerland is a fascinating area to explore when it comes to blockchain technologies – both from a technological and a regulatory standpoint. The country was one of the first to publish specific country-wide ICO guidelines, doing so in February last year, while its Crypto Valley has enabled blockchain startups to thrive.

One such company is Crypto Finance AG. The company’s overall goal is to dedicate itself to ‘offering professional access to the crypto universe… to continue leading in the crypto asset space, providing a range of products to service and develop the emerging industry’, in the words of CEO Jan Brzezek.

Yet the focus on product alongside consultancy is a key one. The Crypto Finance subsidiary, Crypto Storage AG, offers infrastructure solutions to secure and manage private keys on the highest-grade hardware security modules. The company’s chief executive, Stijn Vander Straeten, outlined the rationale for a financial group to build – and sell – its own infrastructure.

“We were looking into existing storage solutions towards the end of 2017 and were very disappointed at how unprofessionally most of these infrastructures were run,” Vander Straeten tells The Block. “Doing due diligence, we either found that the system was not secure, or that the approval framework built was not independent of the underlying assets.

“Our advantage was that we really came to the topic with a lot of banking know-how, and also with a lot of blockchain know-how and we combined that.”

Vander Straeten certainly leads from the top with regards to the former, having served almost a decade with Ernst & Young (EY) as well as in the financial industry. Regarding the latter, Crypto Storage looks to define its product through excellence in four key features; how the key is generated, how it is stored, its spending, and whether the key is revealed during the signing procedure. Setting up and storing the key is no different to other providers in theory, by using a hardware security module (HSM). But there is more to it, as Vander Straeten explains.

“If you have, at the end of the day, an iPhone app which tells an ultra-secure HSM to sign a transaction, you [reduce] your whole security infrastructure to the security of an iPhone app,” he says. “This is where we saw a large attack surface which we wanted to close, and our clients get dedicated hardware approval terminals.”

This is a piece of hardware, much like the HSM itself – exactly the same security architecture, Vander Straeten reassures The Block – on the client side, where no transaction will be signed by the original HSM unless approved by the dedicated terminal. “This really makes it bulletproof,” he adds. “It’s not possible via cybercrime to steal assets – it’s just impossible. You can bring the system down, you can block the system, through DoS attacks probably slow it down, but you cannot steal assets.

“We do not have access – this is very important for our executive committee, because we do not want to wake up with a gun to our head,” Vander Straeten adds. “Only the client had that access via the infrastructure solution we provide.”

Switzerland, as a place to do business, boasts political stability and strength in data protection and compliance. Vander Straeten admits not all of it has been positive, but the country has “a heritage in keeping things safe.” Yet it’s one thing to attract talent; quite another to keep hold of it.

At the end of January, telco Swisscom confirmed the departure of Daniel Haudenschild, head of its blockchain arm. Two days later, the Crypto Valley Association (CVA) announced Haudenschild had been elected as president of its board. Speaking to swissinfo.ch, Haudenschild warned about losing the attraction Switzerland’s crypto scene had previously built up. “We need to keep Switzerland right at the vanguard of being the best place to do business,” he said. “If we don’t do that, capital and talent have legs, and we already see it seeping out.”

“I think that was a little bit overdramatic at the time, but I can see his view,” says Vander Straeten. “Never rest – keep going. There is a lot of capital here in Switzerland that needs to be invested – we have a lot of local and international support. It’s probably still easier to secure investment in Silicon Valley, but this is changing in Switzerland.”

One other aspect which needs to be considered when exploring financial institutions and blockchain is the element of risk. How far are they willing to go? Vander Straeten is discussing this issue at the Blockchain Expo Europe event in Amsterdam later this month – and is unsurprisingly bullish.

“For those who stay in their traditional, inefficient business models, it’s a threat of course. The Kodak moment will come at some point in time. But for others, it’s a great opportunity to be in right now.”