Secrets to a successful ICO 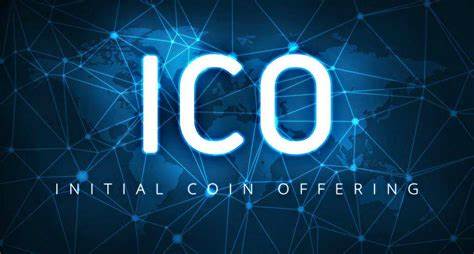 Initial Coin Offering, also known as ICO, is a fundraising mechanism wherein new projects sell their tokens in exchange for Ethereum or Bitcoin. Funds are raised through ICOs by companies that wish to launch their products in the market, which is similar to IPOs for private companies who are looking for public investments without strict regulations related with raising funds in public or regulated markets.

Unlike IPOs, where people can buy shares of a company, investing in an ICO does not mean that the participant will be able to own a stake in the company. However, investors who buy tokens are permitted an access to the product of a certain company that wants to introduce to the market after acquiring the funds they need. These tokens are usually referred to as Utility tokens, which preferably act as a virtual asset or a digital representation of the material.

Conducting an ICO can be really alluring, but at the same time it requires a lot of work to initiate one and be successful. Reports suggest that over 80% of the ICOs today are identified as scams and investing in ICOs has become more complicated and demands for more from those who are entering the field. This is why, if at all one intends to launch an ICO, it is very important to have a proper strategy should be in place and ready.

So, in order to become a successful ICO, one must follow the steps given below.

Value of the ICO project

The first thing to remember is that the tokens should match the value of the product an organisation is developing to bring to the market. It is very important to know the target audience and the price they are ready to pay for the tokens. For instance, celebrity tokens already carry a high value due to the popularity and demand for the tokens from their supporting fans. It is recommended to test-run ideas on an online forum for initial feedback.

ICOs are highly monitored and regulated in many countries because of the high number of ICO scams. Every country has its own jurisdiction and financial regulations. ICOs are banned in Asia, China and South Korea, whereas Singapore, Hong Kong, Switzerland, Cayman Islands, and the British Virgin Islands are known to be ICO-friendly countries.

It is important to pay close attention to the cryptocurrency regulations of the present and the future. Hiring a lawyer who has experience in cryptocurrency and ICO regulations would be a wise decision. Maintaining transparency about the expenditure related to pre and post ICOs, taxes, or any other financial aspects of the project will be a plus.

This is when an ICO project is seen as a genuine one, or else will be branded as a scam by the crypto community.

Ethereum, which supports smart contracts, is a well-known platform to distribute the tokens. Data from ICOWatchList shows that 82.46% projects use Ethereum as it is public and open-sourced [1].

Other platforms, such as Hyperledger, Bitshares, Waves, Stratis, NEM, etc., are also available for distribution of tokens. There are several stages of token sale, including a private sale, pre-sale, the actual ICO and a general sale.

A smart contract is required in order to generate tokens and for automation of distribution to happen.

ERC20 is the industry standard and one must preferably audit the contract before submitting it to the Ethereum blockchain.

A whitepaper should be created to explain an ICO project and goals in details, covering market analysis, vision of the project, business development strategy, information on the token and its distribution plan, a description of the team, early investors, advisors, legal issues, and PR and marketing campaigns.

It is important to remember that the whitepaper should be posted on the website even before it reaches out to the crypto community. This is because dedicated investors first look for this document before they take a decision to proceed.

Being active on public Slack, Discord and Telegram help in keeping in touch with the supporters. It is a must to have a complete FAQ or Help Centre when an ICO is started. This should be available for everyone to see.

Make sure to engage the community and answer all questions and resolve all the issues mentioned in the forum. Linking it on the website and social media networks will help answer peoples’ queries. Creating a community to popularise the tokens increases chances of successful ICO launch.

The impact of blockchain technologies on food traceability and supply chain