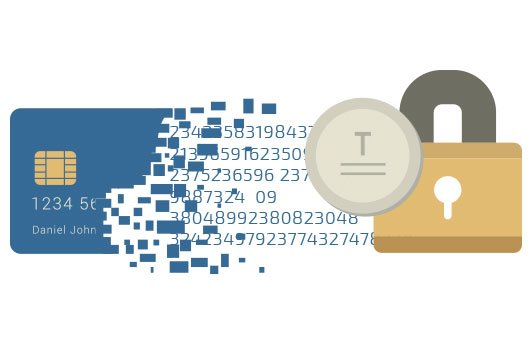 Capital markets are venues where savings and investments are moved between the suppliers of capital and those who are in need of it. These wealth-channeling markets, which can be traced all the way back to the 17th century Amsterdam Stock Exchange, are outdated, inefficient and costly. One possible way to improve capital markets by reinventing issuance and trading models to increase market depth, streamline regulatory adherence, and integrate markets that are currently separated, is through tokenization. Tokenizing capital markets has the potential to benefit every ecosystem participant – but there’s work to be done before this vision becomes a reality.

The private market faces cumbersome regulations designed to ensure that investors and issuers follow the convoluted legal frameworks. While these regulations are undeniably important in guaranteeing the proper functioning of the market, they can be incredibly difficult to follow and satisfy. This gives rise to rent-seeking intermediaries and frictions that restrict the liquidity pool for the issuance and trading of securities. As a result, there are roughly 12 million accredited investors in the US for a $1.5 trillion asset class that transacts with an extended settlement period due to a complex and inefficient compliance process based on a century-old framework.

It is apparent that the market has been in dire need of a makeover for years. This has simply not happened, though, and as a result we’ve been forced to endure a clunky monolith that has remained relatively unchanged for years. With the advent of tokenization, however, this paradigm looks set to change in a material way.

What tokenization brings to capital markets

Tokenization is simply the conversion of an asset into a security token that lives on the blockchain. A security token, similar to a traditional security (stock, bond), is backed by a tangible asset (e.g. equity, debt) and represents ownership that offers rights (e.g. dividends, votes) that are subject to regulation. The difference between a traditional share and a security token lies in the latter’s capacity for programmability of ownership and regulation (creating rules that are automatically enforced as they run across different service providers on the blockchain). Programmability will allow security tokens to revolutionize the existing markets and bring value that was previously inaccessible.

The capital markets of tomorrow will be defined by ease of use and accessibility that is orders of magnitude greater than today. If widely adopted, tokenization stands to render engagement with the capital markets as easy as buying or selling an item via eBay or Amazon. Security tokens offer a variety of improvements to traditional systems.

One prime example is liquidity. Security tokens facilitate the automation of the validation process. As a result, settlement periods which typically take two business days in the public markets and several weeks in the private markets could be significantly reduced. Security tokens also make tracking investors much cheaper and easier thereby facilitating the fractional sale of assets.

Another improvement that security tokens bring to the capital markets is in compliance. Checking for full compliance manually (i.e. without an automatic tool) requires a huge amount of time and effort. This in turn incurs significant costs both for the private individual (the investor) and the public servant (the SEC). Smart contracts can be encoded with programmable logic around investor validation (KYC/AML), regulatory norms (Reg D, Reg A, Reg CF or Reg S) and trading protocol (P2P or decentralized exchanges). The result of this automation is lower costs for issuers due to inexpensive management of contracts and the ability for regulators to enforce pre-determined rules acting as a prevention rather than an intervention.

In addition, security tokens provide a breakthrough that enables the transfer of assets just as we transfer money or emails. That breakthrough is interoperability. The technology enables the exchange of security tokens under a common protocol in a world where the transfer of private market value is locked. The holder of an Uber share could, for instance, freely transfer that share from their digital wallet to a friend’s wallet in a peer-to-peer transaction. Furthermore, interoperability allows for an efficient provision of additional services that revolve around the value of the assets owned by the investor, such as the partial allocation of an asset for collateral.

When combined, these three advantages of tokenization contribute to greater depth in the secondary market for the securities because they reduce friction to trade. Less friction means an easier and more pleasant trading experience. This opens the door for new market participants who were previously deterred from trading security tokens. If a significant number of new participants begin trading, the number of buy and sell orders at each price point will increase.

If properly designed, security tokens and the infrastructure around them will contribute to an efficient issuance and transfer of securities at low cost without counterparty risk. In the process, they will expedite the integration of the financial system, according to regulatory rules, under one common standard that provides synergies to all participants. In time, security tokens will become freely transferable via an interoperable blockchain, with an unlimited pool of investors, automatizing compliance and transfer of ownership while keeping track of the asset in an immutable ledger, with a settlement period of minutes.

The transition from the existing system to a security token-based model will take time. After all, the advantages afforded by tokenization will only bear fruit when the infrastructure is built and adoption is consummated by all industry players. Neither of these things will come easily, and the entire process may take years to bed in. When realized, however, the effects will be dramatic. It’s less a question of if tokenization can improve capital markets, but rather one of when.