What investors are searching for to get behind a blockchain company? 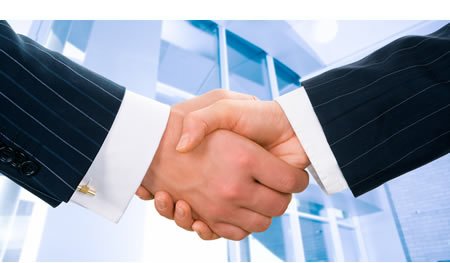 Enthusiastic blockchain supporters firmly believe in the potential of the cryptographic technology and the wonders it may bring to the world we live in. It is not about some clique of few backers and their zealous notion about the technology, but market experts are also claiming the same. Supporting their belief are some market intelligence firms that have some interesting numbers to share.

For instance, IDC, in its Worldwide Semiannual Blockchain Spending Guide, predicts that the global blockchain spending will reach $11.7 billion at a CAGR of 73.2 per cent by year 2022 [1], and MarketsandMarkets estimates the market size of worldwide blockchain identity management will reach $1.9 billion by 2023 [2].

All the aforementioned market sentiments are keenly watched and well-read by venture capital (VC) investors, which is why they are always ready with money to invest in order to make returns for their limited partners. The most important part of their job is to evaluate budding technologies to innovative companies involved into groundbreaking work, and blockchain is no different.

A study published in 2017 revealed that the number of VC blockchain contracts increased twofold in the twelve months up to October 2018, during which the investors had already invested $3.9 billion into companies around the world. Data shared by Pitchbook with Hard Fork shows that VC investment in the American cryptocurrency and blockchain area had been increasing gradually on a year-on-year basis, from just EUR14.43 million in 2013 to EUR 723.13 million in 2018.

Let us see what exactly stimulates investors’ interest and what makes them support certain companies.

Zihao Xu of European VC firm Octopus Ventures first encountered Bitcoin in 2012 when one of his friends emailed him a whitepaper on cryptocurrency. During this time, the price of Bitcoin fluctuated between $5 and $13 throughout the year.

Xu found the concept of cryptocurrency fascinating as he was always interested in the idea of denationalized money since his university days. Today, he believes that those who are interested in Bitcoin’s foundational platform, the blockchain technology, before the asset price rise fall into three categories. First are the tech enthusiasts who were interested in the core element; second are those in finance who reckoned that they could trade Bitcoin and make money from it; and third are the libertarians who identified the potential of censorship-resistance, decentralisation, and a free market for money.

Xu belonged to the latter category initially, but then seven years later his opinion on blockchain technology had changed drastically. He says: “I no longer think blockchains are the most elegant or suited type of database. In fact, the idea of using a blockchain to distribute a database is probably the most crude one conceptually – giving every node a full copy of the entire database is old-fashioned.”

Now he is trying to find practical blockchain-based solution that could help the technology gain wide mainstream acceptance. He is trying to avoid companies are that are using blockchain just for the sake of it, or because it is just another trend that is probably to attract investors.

He said: “We look for companies or projects building something with the core value that comes from a set of functions native to [decentralised ledger technology] (DLT), and cannot be attained in the absence of DLT. Right now, only a small handful of projects fit this criterion, but cryptocurrency functionality is improving and expanding all the time.”

For Jamie Burke, one of the founders of Outlier Ventures, introduction to Bitcoin was merely a coincidence. He was so head over heels with the technology that he decided to set up the venture firm, which is known as the first dedicated blockchain VC and venture platform in Europe, in 2014. This was the year when Bitcoin was wavering around $300-$400 mark and there was little or no interest outside the academic and developer community.

Then there was an all of a sudden change. The introduction and entry of Ethereum in the summer of 2015. Burke says: “When Ethereum came along and introduced their vision for a virtual machine as well as the way they financed the project through what was only the second ICO at the time, it became clear this promised to be as transformational as The Web was in the 1990s and [it] was something we had to be part of.”

The same year saw Microsoft sponsoring Ethereum’s DevCon One conference and academicians’ and developers’ interest in the technology that let them transcend into the commercial area. According to Burke, he was always optimistic regarding the underlying potential of decentralised ledgers from the start.

Burke says: “What’s been surprising to me is how quickly start-ups in this space have rushed to codify assumptions into their design decisions before testing and validating them. Equally, I have started to realise just how much cultural baggage ‘crypto’ owes to the field of cybernetics, the new communalism of the 60s, and its merging with the libertarian right of the 90s.” He thinks that the current cryptocurrency winter that has resulted in some companies making major layoffs will be mostly positive for the space from a long-term perspective.

The apparent lack of funds in the blockchain and cryptocurrency domain will compel founders to focus on what really matters – like developing useful and productive solutions to solve the real-world problems, and then their adoption. Burke notes: “We speak to over 100 inbound projects a month and have met over 1500 blockchain start-ups since our founding. Many don’t go beyond the first round of due diligence because they have no experience or understanding of the industries they want to touch or are too dogmatic.”

He believes that the real value of blockchain will be found when the technology will help other technologies like AI, IoT, AR and VR. This will be when blockchain will serve as a feasible solution to store huge amounts of data needed to power advancements in these areas.

Alicia Garabedian, an investor in Samsung NEXT, first got acquainted with Bitcoin in 2015 while working at Morgan Stanley.The real exposure to the blockchain ecosystem came in 2017 when she joined Samsung NEXT. This was the time when she did not really understand the underlying concept of the blockchain technology, but as time passed by, she got hooked to the rapidly growing industry and the growth of the blockchain platform and businessmen who are highly foraying into the sector.

But now Garabedian is looking for real applications, actual enterprise implementation, and consumer adoption. She says: “We are interested in the deep, enabling technology that capitalises on the potential of blockchain. We look at companies that are doing something new and innovative with blockchain, as opposed to leveraging it as, say, a data store. In this sense, we are less interested in companies that are trying to put something on the blockchain, or creating a token, without clear justification or end game.”

Takeaway: It can be deduced that the future of blockchain businesses looks positive as they continue to raise funds sensibly with a clear vision to monetisation. At the same time, they should also have a clear value proposition and a potential market strategy, which is what entices investors.

How will blockchain impact the insurance sector?