Blockchain solutions for logistics and the global supply chain 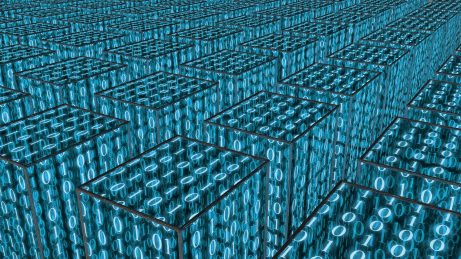 Blockchain solutions for logistics and the global supply chain

Supply Chain Management has been one of the most complex processes businesses have to go through. Some may even call this task of managing the entire production flow of goods and services a cumbrous one, and why shouldn’t they? After all, depending on what the commodity is, the supply chain involves multitudinous stages of give and take situations, including logistics, multiple geographical locations, invoices, payments, people, third-party entities, etc.

On top of that, difficulties in tracking products and parts back to suppliers, increased costs due to involvement of legal professionals and bankers over contractual agreements are additional issues that could be longer and take months to fulfil. Owing to these complexities and lack of transparency in today’s supply chains, industry veterans are pondering over how the blockchain technology can bring a makeover to the supply chain and logistics industry.

Having disrupted the financial industry already, the purported cryptographic technology can seamlessly manage any kind of exchange, agreement, or tracing activity. In supply chain, blockchain can be applied to anything from self-executed supply contracts to automated cold chain management.

To understand the technology’s potential in the industry, let us refer to some blockchain-based examples that are being used by world’s renowned organisations in their logistics and supply chain.

Danish transport and logistics firm Maersk collaborated with IBM in 2018 to start a venture to digitise trade workflows and end-to-end shipment tracking via establishing a global blockchain-based system.

The IBM Blockchain for Trade Logistics system helps every single stakeholder in the supply chain to monitor the progress of goods through the supply chain, giving them an idea of where a container is in transit. The status of custom documents, bills of lading, and other data are visible to all the stakeholders via the software.

Both companies expect the software to track millions of shipping containers every year and mitigate instances like delays and fraud in the process. This could save billions in the logistics sector.

In November 2017, Israeli shipping company ZIM conducted a pilot project to digitise the actual bill of lading, in arrangement with Sparx Logistics and Wave Ltd. During the pilot, containers were successfully delivered from China to Canada to the concerned parties without any problem. This was also the first time when an ocean carrier company used blockchain technology to issue, transfer, and receive original e-documents successfully via a decentralised network.

The blockchain-based system for this project, which was developed by Wave, needs no IT and operational changes and is free for shippers, importers, and traders. [1]

In early 2018, German multinational logistics giant DHL announced its partnership with international global tech consultant Accenture to empower the field of logistics with the help of blockchain technology. Both worked together to find how blockchain can be used to fight counterfeiting of drugs and false medication – which is one of the most serious issues in the world today.

The team created a blockchain-based serialisation prototype that was linked to six geographical locations to track pharmaceuticals throughout the supply chain. The ledger that was tracking these medicines could be shared with every stakeholder involved, which included manufacturers, warehouses, distributors, pharmacies, hospitals, and doctors. Results from lab-simulations showed that the technology could handle more than 7 billion unique serial numbers and 1,500 transactions per second. [2]

It is not just only the professional logistics and supply chain companies are the ones that are experimenting with the blockchain technology, there are also companies like Walmart, Alibaba, De Beers, and others who have already implemented blockchain into their operations and are reaping the rewards.

Walmart uses blockchain to focus on food safety. The American retail chain giant uses the technology to keep a track of its port track it imports from China and the blockchain records the origin of the meat, where it was processed, stored and its sell-by-date.

Other major labels like Unilever, Nestle, Tyson, etc. are also using blockchain for the same purposes.

Lynx Enterprises, an Alibaba subsidiary, had also announced the successful implementation of blockchain some time ago. It uses the technology for international logistics operations. The system keeps a track of all the data regarding imported shipments, including production, customs, transport method, inspection, and third-party verification too.

UK-based international diamond specialist De Beers uses blockchain not just to trace the origin of their stones, but also to keep a track of the mines they came from and the final consumer who buys them. The company makes sure that it stays away from any ‘conflict’ or ‘blood diamonds’, guaranteeing its customers that that they are making a genuine purchase.