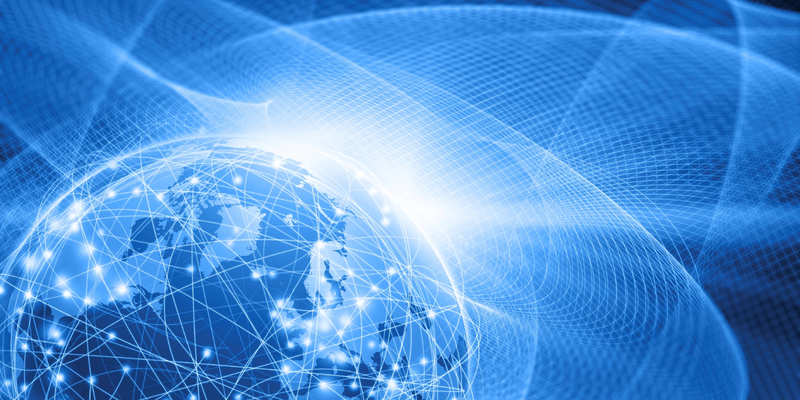 Blockchains for enterprise applications have enormous potential to provide a new basis for establishing trust between an enterprise and its customers, partners, employees and even regulatory agencies. However, the challenges involved in scaling blockchains have so far prevented widespread adoption of blockchains in demanding, high-volume applications.

Data and digital assets are the lifeblood of almost any modern business or public organization, and trust in that data is vital. It’s not enough anymore to prevent data theft. Deliberate and even inadvertent changes to data are a pervasive and costly problem for organizations worldwide. Traditional cybersecurity measures are failing spectacularly to prevent this new threat. For example:

In a world where everything is digital, how can you detect data manipulation and trust your data?

Why are blockchains considered secure?

Traditional databases are controlled by a single entity, which makes them easy to alter. Contrast this with blockchains, which store data in a linked chain across a network of non-trusting parties without a central controlling administrator—eliminating the risks that come with holding data in a central place.

Blockchain transactions inherently contain both proof of validity and proof of authorization, instead of using centralized application logic to enforce those constraints. Transactions are verified and processed independently by multiple “nodes,” with the blockchain acting as a consensus mechanism to ensure that those nodes stay in sync. Store your data on the blockchain, and it is immutable.

Blockchains’ distributed consensus mechanism also reduces or eliminates the need for a central authority to “certify” the authenticity of data. Manual certification processes can be slow and expensive. With blockchains, this process can be accelerated by orders of magnitude, while also reducing the potential for error or fraud.

Ethereum founder Vitalik Buterin has said that any organization attempting to use blockchain technology faces a “trilemma” — a tradeoff among three competing priorities: scalability, security and decentralization. Whereas databases only process transactions once or twice, in a blockchain, transactions must be handled independently by every node in the network. “Miners” group transactions into “blocks” which are added to the “blockchain”—the shared historical record of all transactions. Block sizes are limited, which means transactions that exceed the capacity for a block get stuck in a queue waiting for the next block.

In today’s most prominent blockchains, ensuring that nodes in the network reach consensus takes a considerable effort of predetermined average time—in the case of Bitcoin, ten minutes. Because of its distributed, peer-to-peer nature, blockchain-based transactions can only complete when everyone updates their respective ledgers—a process that can take hours.

For example, on Bitcoin, a transaction is only considered confirmed if five other blocks have been added after it was written. You can see how if the blocks get stacked up in queues, this can take quite some time. Also, consensus mechanisms can involve significant back-and-forth communication, using forks and rollbacks or other costly methods. A limited number of transactions per block together with the predetermined time per block predetermines the maximum throughput, typically below 30 transactions per second, for everything worldwide. With blockchain use rapidly multiplying, these delays will only increase.

What about private blockchains?

Private or “permissioned” blockchains, are gaining traction because they have a limited number of nodes, which increases transaction speed. With fewer nodes to process transactions, throughput can be greatly increased. However, limiting the number of nodes sacrifices decentralization, a key feature of blockchains. If you are centralizing transactions, why not just use a traditional database, which scales much more easily? Private blockchains are also more vulnerable to security flaws. If one node is compromised, whether intentionally or not, the risk to data integrity is much greater. For example, in one recent analysis of one million smart contracts, over 34,000 had security vulnerabilities.

A new approach to scaling blockchains is making it easy and affordable for enterprise organizations to integrate the benefits of blockchain into their enterprise applications.

Cryptowerk Seal creates a digital seal of each asset based on customer-generated SHA hashes, which is then stored on any public, private or hybrid blockchain. The original data stays private and is never accessed by Cryptowerk. Cryptowerk Seal aggregates hashes and bundles them so that only a single small transaction is written to the blockchain, in volumes of up to one million hashes per second. A digital seal for each hash is returned to the customer, which provides immutable proof that the hash is anchored in the blockchain. With that seal and hash customers can directly verify the integrity of their data at any time in the future without Cryptowerk’s involvement. Using Cryptowerk Seal, internal software teams and software providers can easily develop client-driven data integrity applications with no blockchain expertise required.

Contrast this to other solutions, which often jeopardize security for throughput by decreasing the number of nodes, posting only consolidated transactions, or changing the proof-of-work mechanism. Cryptowerk Seal solves the throughput and cost limitations of public blockchains, making them practical for use in enterprise-grade, high data volume applications. In addition, organizations retain full control of their data. This means enterprises can easily maintain data privacy while ensuring data integrity.

Use Cases for Scalable Blockchains

Blockchains and other distributed ledger technologies create an unalterable transaction record that maintains and records data in a way that gives stakeholders the ability to detect data manipulation and ensures that the data and information they are using to track processes and to make vital decisions is authentic and can be trusted.

Use cases for scaling blockchains in this manner include:

There are many more use cases across multiple industries where scaling blockchains can not only restore security to digital processes but allow businesses to innovate and invent new business models based on the idea of digital trust. Scaling blockchains is a key component of this next generation of digital transactions. By sealing a digital fingerprint of your transactions and processes in blockchains and keeping your data private, organizations can finally embrace the immutability for high-volume, enterprise applications.

How Will Blockchain Technology Change Wine?

The Data Paradox: How traditional infrastructure is causing digital distress