Standing out from the crowd: the perfect ICO structure 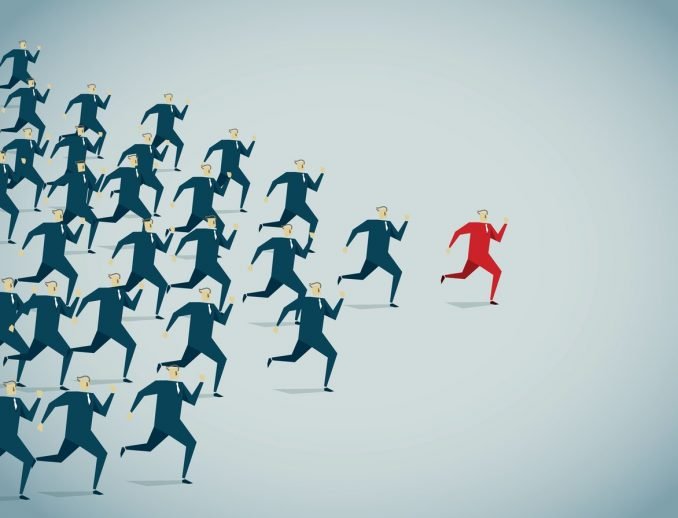 The ICO are becoming an increasingly popular way for new companies to raise investment.

The first known ICO was run by Mastercoin in 2013, swiftly followed by Ethereum, which raised an astonishing 3,700 BTC in its first 12 hours. Worth $2.3 million dollars at the time, current Bitcoin values would put that stake at well over $50 million at the time of writing!

It was only last year that the ICO craze exploded into the public sphere.

In May 2017, the ICO for a new web browser called Brave generated about $35 million in under 30 seconds, and messaging app developer Kik’sSeptember 2017 ICO raised nearly $100 million. By the end of 2017, ICOs had raised almost 40 times as much capital as they had in 2016, at a rate of around 50 offerings a month.

So how do you make yours stand out from the crowd while ensuring you remain compliant with shifting regulatory frameworks?

SURFING A WAVE OF POPULARITY

As we are seeing currently with Bitcoin, people often invest money on a wave of popularity, rather than truly understanding the potential ramifications.

Unlike an IPO – which is a rigorous, well-understood process for taking a private company public – an ICO is an unregulated sale of digital assets. The investment thesis is, therefore, much closer to venture capital than investment in a public company. The controversial Tezos blockchain project shows just how quickly things can go wrong. This has led to the need for a universally accepted framework on how to run a regulatory-friendly ICO.

THE CHICKEN OR EGG CONUNDRUM

Most importantly, a properly designed ICO shouldn’t make promises it can’t keep when it comes to ‘returns’, ‘dividends’ or ‘profits’. Instead, it should simply focus on selling a digital asset that will have a clear use case in a decentralized application, as a means of both incentivizing development and solving the chicken-or-egg problem for the network.

The quantity of assets you release via your ICO is entirely down to you but, generally, your offering will fall into one or more of the following categories:

For me, the perfect ICO structure is a carefully designed blend of the above with a very good algorithm on top. This is done by keeping it smart.

An example of this approach is Peer Mountain’s SmartcapTM algorithm, which facilitates price discovery within a utility token sale in a way that is satisfactory to all buyers, and enables the sale to be capped at a market-determined amount.  It also provides a transparent sale process.

The SmartcapTM principle is straightforward. The sale proceeds in sequential time boxed rounds of algorithmically determined amounts of tokens, each at a fixed price for the round.  In lieu of a closed and secret pre-sale, the Smartcap normally starts the initial rounds at a discount to benefit early buyers and can accept pre-orders for these rounds.  At each round open, orders are accepted for the round. When the order quantity exceeds the number of tokens in the round, the round closes. The closing procedure sorts the orders from largest to smallest and fills them in this order, i.e. larger purchases get priority for the round. Any surplus or partial fills are allocated with priority to the following round. In each round, the quantity of tokens supplied and the price for the subsequent round increases by an algorithmically. The increase in supply is roughly an order of magnitude greater than the increase in price.

As each round has a time limit, the sale closes at the first round that times-out before all available tokens are sold.  This is the Smartcap round that sets the final cap and price of the token prior to listing on public exchanges.  All tokens sold in this final round are sold at the price of the prior round, so everybody gets a fair deal.

In my opinion, approaches like Smartcap are the ideal ICO sale structure for your initial coin offering.

The principal benefit is the elimination that greed effect of an open cap, and bypasses the paradox often seen with a fixed cap, whereby the sale organizers must guess the exact market demand prior to launching the sale.

Whichever structure you choose, I hope that your offering is a great success and I look forward to seeing you on the Fortune 500 soon.

How do companies value their ICOs?

Jed Grant is founder and CEO of Peer Mountain, a blockchain-based software platform focused on giving individuals secure ownership of their personal data. It’s the world’s first peer-to-peer self-sovereign identity, compliance and commerce delivery solution, empowering consumers with ownership of their data and control over who they trust to access it without the need for third party involvement. The company has recently launched from stealth mode developed the platform in conjunction with a major Swiss financial institution.