How do companies value their ICOs? 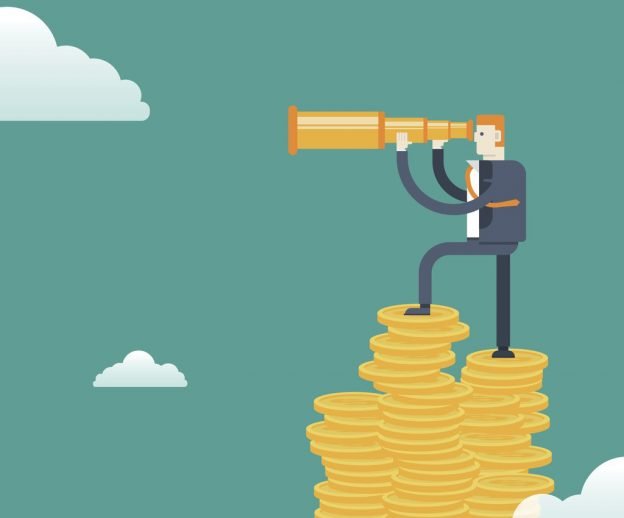 2017 will be known as the year of the ICO. Relatively unknown before, the practice has exploded into the mainstream consciousness in the last 12 months. Hundreds of companies have issued their own tokens as a way of raising money, and investors have poured millions into a huge range of projects.

But how does a company go about valuing themselves for an ICO? Some of 2017’s top ICOs have turned to WINGS to determine how much money to raise. Take Bancor for example: before the company raised $153 million in June, it used WINGS’ price discovery platform to estimate that it could raise.

WINGS utilize AI and a decentralized network to predict the success of projects. Companies submit proposals for the WINGS community to discuss, review, and predict. This forecasting focuses potential future backers’ attention on projects with high potential, while filtering out unworthy submissions.

ICOs using WINGS have raised $350 million in the past six months alone, making the company unique experts to reflect on 2017.

We spoke to co- founder of WINGS Foundation, Dominik Zynis, about the events of the last 12 months and what lessons can be taken forward into 2018.

2017 HAS SEEN THE ICO MARKET EXPLODE IN POPULARITY, WHAT ARE YOUR MAIN TAKEAWAYS FROM THE LAST 12 MONTHS?

“There are a few main takeaways from the last 12 months:

“Legitimacy: This year, we’ve learned that ICOs are here to stay, and are a serious method for funding new endeavors.

“Regulatory approaches: The nearly $4 billion in funding has caught the eye of regulators. Some countries like China have taken a hard stance, while others like the U.S. have called on companies to be ethical and responsible while allowing them to innovate.

“Professionalization: While capital flows more freely, the cost of capital acquisition for ICO projects can reach as high as 20 percent. This creates an opportunity for professionalization of the sales, marketing, and community-building skill set. Many ICOs who don’t pay for these elements do not meet their funding goals.

“Standardization: Many ICOs have experimented with various structures. Some work, and some fail horribly — either they don’t raise enough funds or their funds get frozen. These models can be difficult to understand, with obscure mathematical functions. There’s room for more standardization here.

“Disclosures: There is also a lot of room for standards around information disclosure, instead of 100-page white papers.

“Liquidity: We’ve seen liquidity become an issue for many companies this year. ICOs have had a hard time getting listed on exchanges due to stricter KYC regulations. 2018 may be the year of the decentralized exchange.

“Scaling: With so many Ethereum dapps funded in 2017, and CryptoKitties eating up Ethereum’s resources, one has to wonder if the same scaling issues that plagued Bitcoin will plague Ethereum. Will it cost more and more to make transactions? In 2017, we learned that scaling is one of the primary issues this technology faces.

“Infrastructure: Finally, 2017 taught us that core infrastructures, platforms, and services have a much easier time getting funded than “application-later” ICOs.”

HOW DO YOU GO ABOUT IDENTIFYING WORTHY PROJECTS AND ACTUALLY APPLYING A REALISTIC VALUE TO THEM?

“Wings uses a community of forecasters who are incentivized to value projects. It’s up to each individual to determine which method they use to identify worthy projects. If their forecast of an ICO’s valuation is close to its actual result, they are rewarded. Our system will soon assign users a forecasting rating, which is a reputation-type score that will augment the financial rewards they receive.”

“The idea is to use financial rewards to develop a crowd-sourced valuation model, where better forecasters are given more weight in the process and incentivized to continue improving their methods. Rather than imposing one valuation model or another, we allow users freedom and reward them for getting the best results. Perhaps one of them will become the next Warren Buffet for ICOs.

“So far, our ICO valuation forecasts get good results without this forecasting score, but there are outliers and the community still has a ways to go to improve project evaluations. We see this as an evolutionary process, where over time the community will build an institutional knowledge base. Those who take the time to research, conduct due diligence, and develop systematic models will reap recognition through our reputation system and achieve greater financial benefits.”

HAVE THERE BEEN ANY BIG, COMMON MISCONCEPTIONS THAT COMPANIES LOOKING TO UTILISE AN ICO THROUGH WINGS HAVE HAD? HAVE YOU GUYS SPENT A LOT OF TIME EDUCATING COMPANIES OR DAMPENING EXPECTATIONS?

“Some founders didn’t quite understand that they should seek advice on valuing their ICO.  They simply thought they should pick a number out of a hat and stick to it. We show them that they can use the cryptocurrency community to get a sense of how popular their offering is, and to gauge demand.”

“If demand is high, they can adjust the number of coins they’re selling. If demand is low, they can delay their ICO and spend more time building support. Not everyone chooses to take this advice, and some use Wings just for the additional exposure it helps bring to projects.”

WHAT DO YOU THINK OF THE MOVES BY THE SEC AND OTHER REGULATORY BODIES AROUND THE WORLD TO TRY AND REGULATE ICOS, BY, FOR EXAMPLE, INDICATING THAT SECURITIES LAW MAY APPLY TO TOKEN SALES?

“We’ve known that securities laws may apply to some tokens since at least 2013, so this comes as no surprise to any serious entrepreneur or their legal advisors. When used properly, blockchain technologies allow for the creation of new economies of interest, where value is driven by participants. However, current regulations can be somewhat problematic for companies creating tokens to various specifications.

“Back in the 1990’s, the U.S. took a very hands-off approach to the development of the Web/Internet and it’s really paid off. The U.S. is a world leader in cyberspace thanks in part to this. A similar approach is warranted here to ensure the U.S. can become a hub of blockchain development in the next generation.

“The blockchain industry is also developing solutions that will eventually allow securities to be issued on blockchains.  Because of platforms like Ethereum, we can automate and write in regulatory rule sets such as KYC, accredited investor classification, restricted persons, control over how many holders there are, vesting and hold period, and so on that are accessible to anyone in the world. That means someone in a corrupt country could participate in honest markets with nearly the same rules that others would expect.

“Lastly, the vast majority of players in the space really want to do good for society. It might look like the Wild West, but it’s simply a matter of advancing these new technologies. In the 2020s, we will have much more transparent markets, and that’s a good thing for everyone but the bad guys.”

WHAT ARE YOUR PREDICTIONS FOR THE ICO MARKET IN 2018?

“I predict that institutional money will begin to flow in as companies favour ICOs over IPOs. We’ll see ICOs raise up to $500 million, and ICOs overall hit the $30 billion mark.

“Securities tokens will begin trading in Gibraltar and Estonia, and more crowdfunding sites will follow Indiegogo in welcoming ICOs.”