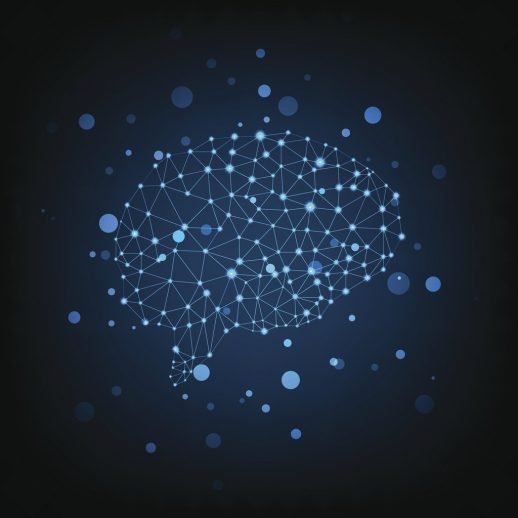 In a digital environment where most data is siloed, there is no real incentive to share it. As a result, corporations are hoarding tons of consumer data (i.e. Google, Facebook, Alibaba, Baidu). Currently, artificial intelligence (AI) platforms help to concentrate power in the hands of those few organizations who are able to source and process large amounts of data.

As sensors are embedded in all sorts of everyday objects, from connected cars to devices across the IoT, consumer data will be generated exponentially by these devices and stored on centralized databases. There will be a race to own this data – raising further questions around our privacy.

Meanwhile, blockchain is becoming increasingly accepted for enabling users to share information and conduct transactions freely, quickly and in a secure manner anonymously and without fear of their information being altered undetected. Blockchain has the ability to provide an open, shared, decentralized data layer in which all stakeholders have access to this data – city governments to analyze traffic patterns and even detect potholes in roads, car manufacturers to improve the driving experience, app developers to provide on-demand services, insurance providers to offer usage-based coverage, and healthcare providers to target localized services depending on demographic profiles and usage patterns.

REINVENTING THE EXCHANGE
On the healthcare front, users are hesitant to share their sensitive, personal health data. Blockchain could change this.

For example, Google’s Deep Mind is already deploying blockchains to provide better protection for users’ health data used in their AI engines and to bring more transparency to their infrastructure.

In the above scenario, AI and blockchain technologies can be seen in dynamic opposition to each other, i.e. blockchain’s data commoditization essentially having the potential to bring down AI platform monopolies. But when data is commoditized, AI algorithms become the most valuable part of the ecosystem.

The combination of AI and blockchain can reinvent the way we exchange information. AI can digest large amounts of data to be shared through blockchain’s decentralized structure. Instead of a single, centralized entity controlling where data is stored, information can be shared across traditional silos. What’s more, for those concerned with who can access their data, AI-powered blockchain can open the door for the decentralization of authentication.

IoT will force this change. Right now, connected devices such as Amazon Echo, Alexa and other intelligent personal assistants are appealing to consumers. Users will typically sacrifice privacy for the sake of convenience, often overlooking a few fundamental questions, including:

What data is being collected from these devices?

How is it secured or encrypted?

How can it be combined with other datasets to compromise privacy?

CENTRALIZED VULNERABILITY
And most importantly, where is it being stored?

With high profile data breaches like Yahoo, Equifax and Uber on the rise, one common theme across all these failures is the customer information sitting in centralized databases. When data is stored centrally it is not a matter of if, but when, it will be breached.

Blockchain can decentralize user data while reducing the number of hackers or fraudsters trying to take advantage of the system. When AI and blockchain are combined, they provide a strong shield against cyberattacks. Machine learning algorithms can be trained to create highly personalized user models to help quickly detect real-time threats and anomalies.

Based on those AI-powered models, coupled with other encrypted verification information such as biometrics and transaction data, these algorithms can continuously learn and adapt to a user’s behavior, thereby strengthening the cybersecurity shield. That data is never transferred or kept in a primary repository. Instead, it is matched against an encrypted template that is stored locally on a user’s device.

Transactions can be authorized by accessing this data directly from the blockchain by trusted parties through a multi-stage verification process. Data stored and shared on a blockchain is cryptographically timestamped and cannot be altered by ill-intended actors.

PROVIDING A FRAMEWORK
AI enhances blockchain’s framework, and together they solve many of the challenges that come with sharing information securely over the IoT.

AI provides intelligent analytics and real-time decision-making, while blockchain provides a decentralized ledger of all transactions (which are conducted directly between users), away from storing any personal information on a centralized server.

Not only will this open the door for more effective security measures that will ultimately protect users from major breaches, it will also allow users to take back ownership and control of their personal information.

Seizing The Moment In Blockchain Technology

Standing out from the crowd: the perfect ICO structure