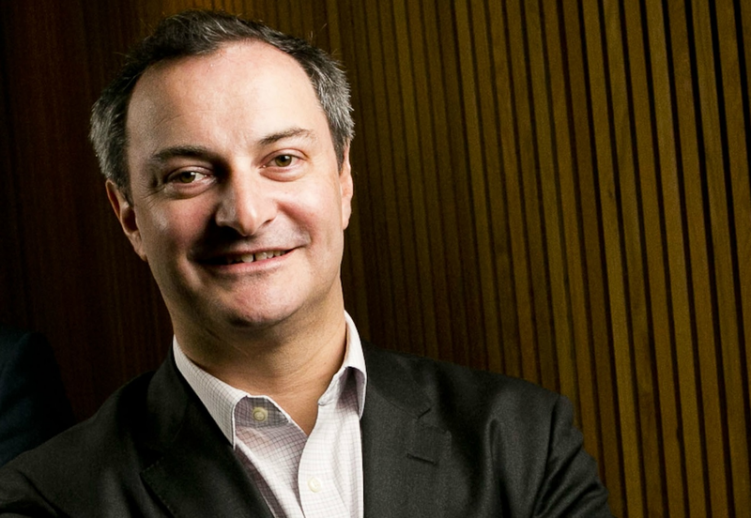 According to a recent research study from IDC, 40% of CIOs view themselves predominantly as ‘custodians of operational infrastructure’, compared to 25% who believed they were ‘business technology innovation officers’. We’ve all heard it before; CIOs need to move from being chief information officers to chief innovation officers, heavily prompted by digital transformation and the technological change about to hit organisations of all sizes. Plenty of research money has been spent uncovering the future role of the CIO; indeed, is it even viable?

Jonathan Reichental has been the CIO of the City of Palo Alto for the better part of five years, having previously been CIO of O’Reilly Media. With his entire career in tech, Reichental’s viewpoint is clear for any CIO, or anyone aspiring to the job. Yet if a week is a long time in politics, five years is a yawning chasm in technology.

“Tech went from being on the outside of activities to the centre of activities,” Reichental tells Enterprise AppsTech. “It doesn’t matter if you’re in healthcare, or entertainment, or even farming – tech is really now core to everything.

“What that means for companies [is] if they don’t have an enlightened, sophisticated tech strategy, it’s a trajectory to failure. You can’t succeed, it’s not going to work. First of all you need a lot of tech staff, and that’s why we see so many opening and the skills shortage…on all sorts of areas, everything from software development, to database management, to data science and project management.

“America’s biggest risk right now is not that we have unemployment, but that we don’t have enough people. We have millions of open IT positions right now that are not being filled,” he adds.

Naturally Reichental’s role at the City of Palo Alto, pushing towards the development of a smarter city, has a serious technological bent. One of the most interesting projects is around smart traffic signals.

The sheer amount of data being collected and processed, around patterns of driving prior to an accident or just avoiding an accident to give two examples, is going to make a breakthrough and provide fascinating insights into improving safety and efficiency across major cities. The question is when. “We’re going to have the typical big data problem,” says Reichental. “We’re gathering more than we need, and it’s in abundance, so what do we do with it?”

Increasingly, organisations are aware that they need the data, but making the next steps, to how they plan to utilise it, remains a little far off. In this case, it’s connected car firms in Silicon Valley. “One of the funny things is when you ask them what data [they] want, and they answer ‘we want all of it’”, explains Reichental, “and the reason you get that answer is that they don’t even know what to do with it yet, but they know it’s going to be useful for their connected cars.”

One of the more challenging aspects of Reichental’s job – indeed, anybody who is at the coalface of emerging technology – is to work within unspecified timeframes. Juniper Research argued in December that fully autonomous vehicles would be here by 2021. Five months earlier, the same research firm predicted one fifth of the global car market by 2019 would be equipped with connected capability.

It’s tough to know what to believe, but in the wider context of overhauling a city’s infrastructure, incremental changes to traffic light signals can represent a progression towards an automated utopia. Besides, having access to some of the most innovative companies can turn anyone’s head. “From where you sit and you see the world, you have your own sense of it, I have my own sense of it, others have their sense of it, so I think that’s very important for us to recognise that none of us have a monopoly on the predictions of the future,” explains Reichental. Regarding his visit to a stealth self-driving firm in the Valley, he adds: “It was so compelling, and so confident and comfortable that I kind of revised my own projections of the future. I think [driverless cars] is going to happen faster. It’s certainly going to be years, but not multiple decades.”

Ultimately, it is this aspect which keeps such a role so compelling. Reichental admits to assessing his colleagues in different cities and wondering where they are in the fork; whether they are concentrating on minor civic innovation, such as online voting for example, or whether they are rethinking the entire process of delivering cities. Naturally, Reichental veers towards the latter.

“If you go back, when I first joined the City of Palo Alto, that would have been a crazy thought,” he explains. “The IT guy here before me was basically a caretaker IT guy…if you couldn’t print, somebody would come to your desk and help you. Today, I’m in meetings talking about how we design our traffic signal system, our utilities and smarter buildings; how we think about public safety from a technology component, and all the privacy issues associated with it.

“There’s no better business to be in from where I sit,” he adds, laughing. “The rate of change right now is incredible. We’re seeing everything, from blockchain, to artificial intelligence, to sensor networks…we’re in real uncharted territory and it’s just going to get much more interesting in the years ahead.”

Are Telecoms applications of blockchain technology ripe for innovation?